“What if Aladdin had never found the lamp?”

OK so I am going to start off this review with a really pedantic comment and I know I am being petty and that this will almost definitely end in a rant but… he does find the lamp! Of course he does! Aladdin is the diamond in the rough! He is literally the only one who can find the lamp. If he didn’t find the lamp nothing would happen: Jasmine would probably grow old with her tiger; Jafar would carry on hypnotising the Sultan; Aladdin would probably wind up arrested and this would be the shortest twisted tale in history.

So, Aladdin finds the lamp. Let’s move past it, because if you have read my other reviews, you will know I love Liz Braswell: her twisted tales always wind up being my favourites as she always brings something completely unexpected to the novels. In the circumstances, I can forgive the tagline.

This review of “A Whole New World” comes at a time where Aladdin is everywhere: the live action movie was released in the UK just over a month ago and, I for one, loved it! With this in mind, I just had to re-read this twisted tale and shout about the wholly different Agrabah that it presents to the reader.

Braswell’s Agrabah is a raw, dirty, troubled cousin of the Agrabah we all know and love. I struggle to comprehend exactly how the movies did it, because both showed starving children, but we found ourselves simultaneously accepting and glossing over the poverty of the street rats. We have no such option in “A Whole New World”.

From starving infants; old men shovelling camel dung for coins; to Aladdin’s own mother dying of a wasting disease: this novel takes no prisoners in the Quarter of the Street Rats. However, those in the Palace remain blind to the struggles of the poor, with the Sultan playing with his golden toys whilst some of his citizens have no food or clean water.

The plight of the Agrabah people creates an undercurrent of resentment that runs all the way through Aladdin and Jasmine’s story. It is also a clear indicator of the identity of this novel: Braswell has taken all the romanticism of the familiar story and buried it in her own cave of wonders, leaving behind a highly political but incredibly powerful story.

The twisted tale starts off on a similar vein to both movies, boy meets girl, boy rescues girl from hand severing businessman, boy winds up arrested and transported to a creepy cave where he finds an old lamp, boy’s monkey can’t keep his hands to himself and boy is left clinging on for his life at the entrance to said creepy cave. However, in this version, when Jafar steps on Aladdin’s fingers to prevent his escape, Abu doesn’t grab the lamp! How will Aladdin escape now?

As is to be expected from Braswell’s novels, the characters are phenomenal. Aladdin is the proud, eternal optimist that we recognise but with a strong ethical viewpoint that is introduced by the inclusion of his mother as a character.

Creating a new character, particularly Aladdin’s mother, could simply be a tactic to give some history to the charming thief. However, Braswell uses the matriarch to add depth to Aladdin: she tells him “don’t let how poor you are, decide who you are…you can choose to be something more”.

This is ultimately the lesson the genie would teach Aladdin if they were to meet and so I think it is very clever of Braswell to keep this element of Aladdin’s character. It allows us to witness Aladdin’s pride and strength through these instilled virtues: he has even lost friends over his views of when he considers it acceptable to be a thief.

Although I wouldn’t consider the genie a main character in this tale (he doesn’t get as much airtime as in the films): he remains a funny and flippant sidekick for the most part. However, in keeping with the tone of “A Whole New World”, he does use this humour to provoke our thoughts. The genie and Braswell divulge that there was once a whole race of djinn who have since died out. The genie has lost his home, his wife and his freedom and so, he rightly asks, who would stay sane under those conditions?

Jafar; Mr dark and twisty himself, is a whole other level of evil in this twisted tale. He does present some of the characteristics of the movie villain: power mad, desperate for everyone to love him and all that jazz; however, he also tortures the genie and plans to break the laws of magic in order to create an army of the dead. It’s all very game of thrones all of a sudden!

I know what you’re thinking: what about Jasmine? Surely, she isn’t all dark and twisty as well? The girl looks good in turquoise baggy trousers for goodness sakes!

Jasmine begins her journey as the typical naïve, sheltered princess she is always portrayed as: possessing no knowledge of the price of food or the struggles of her own people. However, Braswell manages to make even the live-action Jasmine appear over-dramatic and petty: she isn’t resisting marriage just because she doesn’t fancy random foreign prince number 3; she is resisting becoming a “baby making machine” and signing herself up to an early grave.

“A princess among men”, Jasmine and the reader soon realise that she has to step forward and become the hero of this tale. This is no small ask for someone who has never led an army or witnessed death before. Nonetheless, Jasmine is clearly up to the task: this is no weak princess trapped in an hourglass of sand, waiting to be rescued by a man. This is a Sultana!

The story of Aladdin typically conjures up images of love, magic carpets and romantic duets. Liz Braswell’s story of Agrabah does orbit around love, how could it not? However, “A Whole New World” explores the shades of grey in life: Street rats are not always bad, Princesses are not always good and magic is not always the solution. This is not a tale of love; it is a tale of finding strength in unlikely places; it is a tale that teaches us you don’t need magic to have a happy ending. 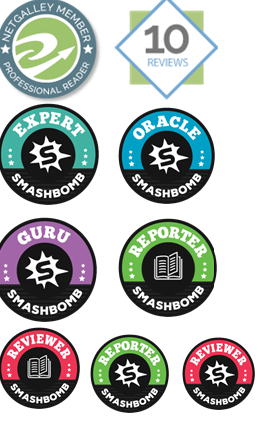